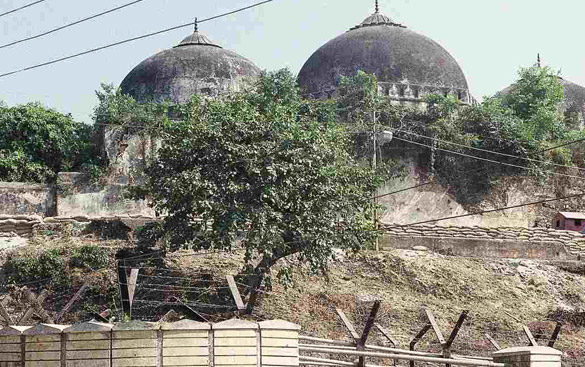 The Babri Masjid (translation: Mosque of Babur) was a mosque in Ayodhya, India. Located in Faizabad district, it was one of the largest mosques in the Uttar Pradesh state. According to the mosque's inscriptions, it was built in 1528–29 (935 AH) by Mir Baqi, on orders of the Mughal emperor Babur (after whom it is named)