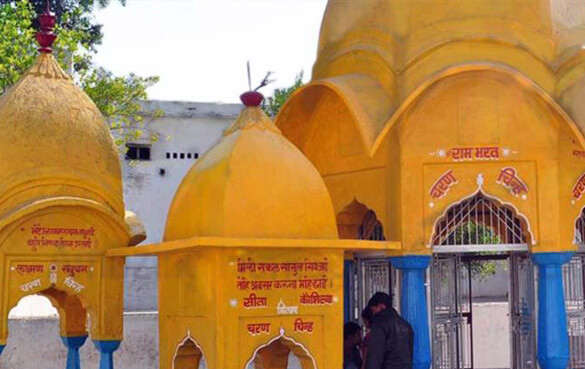 Bharat Milap temple is believed to be the marking the spot where Bharat met Lord Rama during his period of exile to persuade him to return to the throne of Ayodhya. It is said that the meeting of four brothers was so overwhelming that even the rocks and mountains of Chitrakoot melted. Footprints of Lord Rama and his brothers imprinted on these rocks can still be seen.