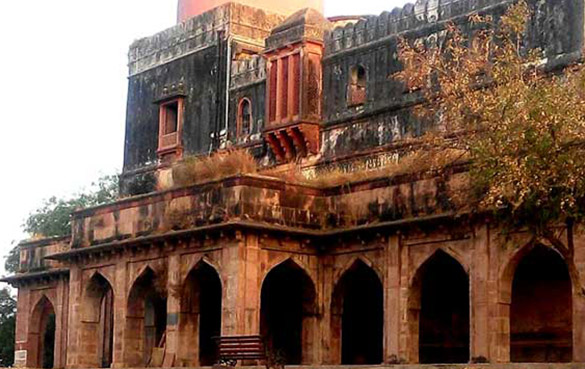 Situated 8km north of the town, KaliadehPalace was built over a Hindu Sun Temple, on an island in the river Shipra in a.d. 1458 by the Sultans of Mandu.

Carvings from the Sun Temple still exist on the bridge to the island. A device brings the river water to the tanks in the palace from where it falls on sculptured stone screens. The central hall is surrounded with galleries.

The Mughal Emperor Akbar visited Ujjain in a.d.1601, and on the riverbank, he constructed a low building that was used as a stable.

Later, this was used by Pindari thugs, the looters from neighbouring Pindar, to rest their horses. After centuries of damage to the palace, Maharaja Madhav Rao Scindia I, restored the palace to its lost glory in A.D. 1920.