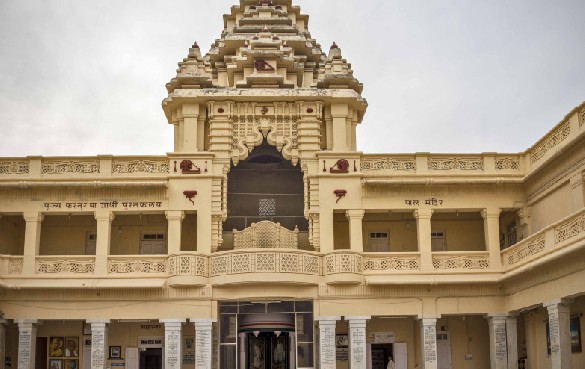 Let us begin our journey where Gandhi began his. On October 2, 1869, Mohandas Karamchand Gandhi was born in a 3-storey blue haveli in the city of Porbandar, where his father, uncle and grandfather had all been prime ministers to the Jethwa Rajput rulers of the princely state.

The site of Gandhi’s birth, now called Kirti Mandir, has been converted into a small museum about him, with an exhibit of old photographs, some of his very few possessions and a nice library of books either by him or relating to Gandhian philosophy and practice