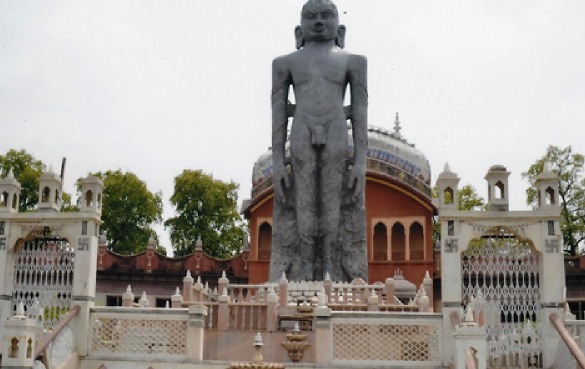 "Special importance has been given to Lord Bahubali in Jain religion, who is the son of founder of Jain religion and first Teerthankar Lord Rishabh"

After achieving victory in non-violence controversy done against his brother “Bharat”, Lord Bahubali willingly attained salvation and became a Jain Monk. After that he did austerity in “Kyotsarg” way relentlessly for a year. Meanwhile, he achieved “Kevalgyan” and received “Arihant”.