Madurai is an energetic, ancient city on the Vaigai River in the South Indian state of Tamil Nadu. Its skyline is dominated by the 14 colorful gopurams (gateway towers) of Meenakshi Amman Temple.Covered in bright carvings of Hindu gods, the Dravidian-style temple is a major pilgrimage site.Millions attend the processions and ceremonies of April's Chithirai Festival celebrating Meenakshi and Lord Vishnu. 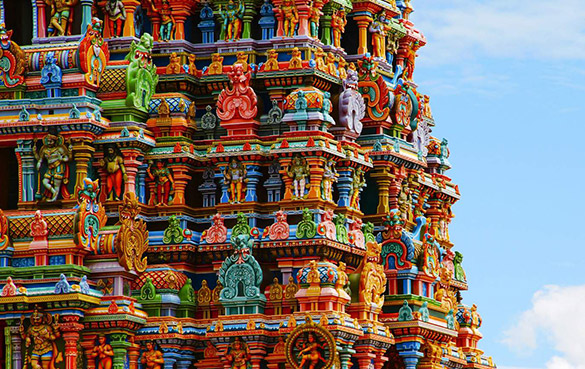