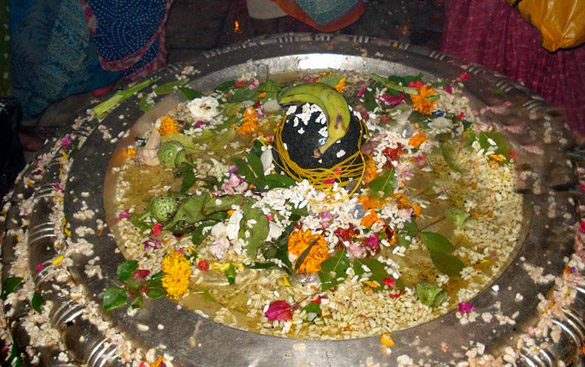 Thetemple is dedicated to Lord Shri Nageshwar Nath, the presiding deity ofAyodhya. It is believed that this beautiful temple was built by Lord Rama’s sonKing Kusha. TheShivalinga present in thetemple is quite ancient. As per folklore, King Kush was taking bath near River Saryu when his armletfell in the water; it was picked up by a naagkanya who was in love with him. Since shewas a devotee of Lord Shiva, King Kush got the temple constructed for her. Being one ofthe most important and venerated temples in Ayodhya, it attracts large crowds ofdevotees from all over during the festivals of Trayodashi and Mahashivaratri. The presentedifice of the temple was constructed in 750 AD.