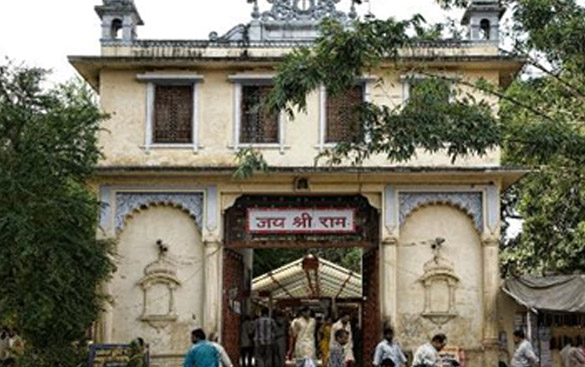 The Sankat Mochan Temple is one of the oldest temples in the city dedicated to Lord Hanuman. It is situated on the banks of Pauranic River Assi. Goswamiji has specifically named the deity "Sankat Mochan" which means reliever from troubles. In the temple, "besan ke laddoo" are served as an offering to Lord Hanuman and his idol is decked with a pleasant marigold flower garland. This temple has the unique distinction of having Lord Hanuman facing his Lord Rama, whom he worshiped with steadfast and selfless devotion. It is said that Tulsidas wrote Ramcharitmanas here. According to Hindu mythology, one who visits the Sankat Mochan temple regularly gets their wishes fulfilled. It is considered that the temple was built from the time when Goswami Tulsidas had a vision of the Lord Hanuman. The temple was established by the great saint Goswami Tulsidas.