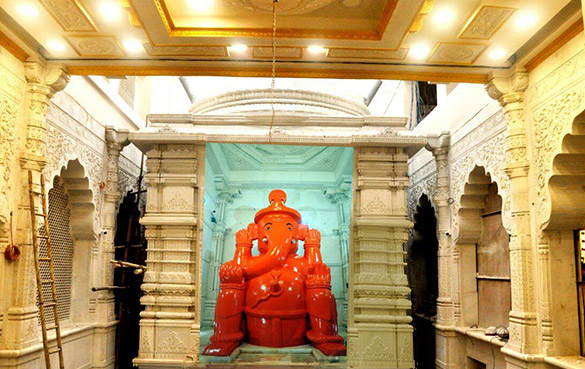 One of the most famous Hindu temple in Ahmednagar, Sri Vishal Ganpati is believed to be 100 years old. Inspired by the architecture of Birla Mandir in Jaipur, here one can see a 3.6 m tall statue of Lord Ganpati amidst the marble floored hall. According to mythological records, the temple was built 100 years ago when a local devotee saw Lord Ganesha sweating. Watching Lord Ganesha in such a state was nothing less than a miracle. And that's when a temple was formed at this place with a statue of Lord Ganesh. People from all walks of life throngs to Sri Vishal Ganpati Temple during the Ganesh Chaturthi as it remains decorated with lights and flowers. Celebrity spotting is quite prominent during the Ganesh Chaturthi celebration.