Somnath, also called Patan-Somnath or Somnath-Patan, ancient ruined city, southwestern Gujarat state, west-central India. It is the site of the temple of Shiva as Somanatha (“Lord of the Soma,” a sacred intoxicating drink, and, by extension, “Lord of the Moon”). The temple was sacked by the Turkic Muslim invader Ma?m?d of Ghazna in 1024–25 CE. Reconstructed in 1169, it was destroyed again in the final Muslim invasions of the late 13th century. Subsequently rebuilt and destroyed on several occasions, it was reconstructed again beginning in 1951. According to an ancient tradition in the Indian epic Mahabharata, Somnath was the scene of the internecine massacre of the Yadava clan and of the subsequent death of Krishna, the eighth incarnation of Vishnu. Recent excavations there have revealed a settlement dating from about 1500 BCE. Patan, a port on the old city site, is now overshadowed by the adjacent port of Veraval. 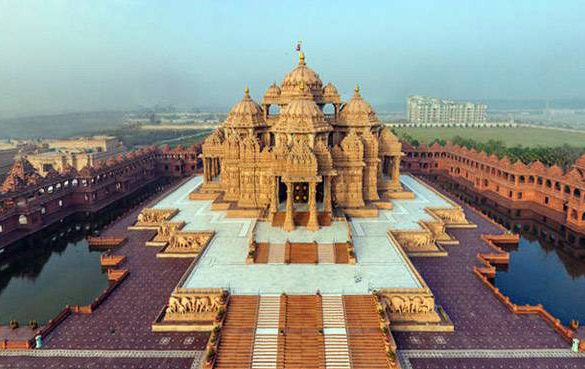