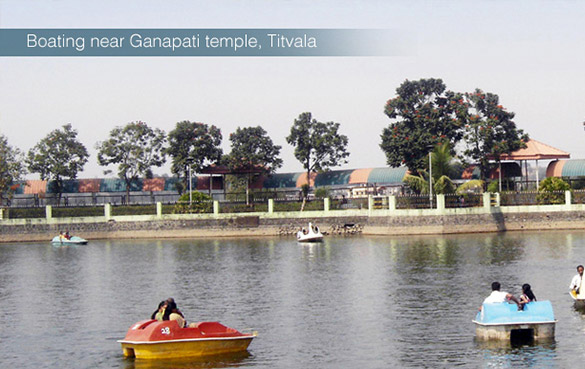 For all those who believe in the power of Lord Ganesh, regular visits to the Siddhivinayaka Mahaganapati Temple at Titwala is always high on the ‘faith’ list. The place is steeped in ancient legend and the temple is also frequented by those who believe that separated married couples can be united and the marriages of desired people can be arranged easily if the Ganesha image installed in the temple is worshipped with devotion.

Visited by thousands of devotees, particularly on Angarika Chaturthi – a Tuesday that follows on the fourth day of the lunar bright fortnight – the Siddhivinayaka Mahaganapati Temple at Titwala also witnesses a huge congregation during the occasions of Ganesh Chaturthi and Ganesh Jayanti. Another reason for its religious popularity is that Titwala is believed to be the putative site of the hermitage of sage Kanva, the foster parent of Shakuntala who was born here. Titwala is also an easy place to go to with its proximity to Mumbai. In fact, the domestic and international airports of Mumbai are just about 75 kilometers away.